FasterThanYours on Feed The Beast – S01E07 – Hidden Entrance into the Enchantment Room & Backpacks
1. First I show off my trick door. I probably over engineered this lol
– Using an R/S Nor Latch
2. Then we work towards getting a Miner’s backpack

Minecraft: Let’s Play S01E10 – Mining for Diamonds and Our First Emerald
1. Hunting Diamonds in the mine.
2. Discussing my mining techniques.
3. Finding our first Emeralds.
4. Talking about the layout of the mine.

FasterThanYours on Feed The Beast – S01E06 – Gone Caving
1. Just mining about and finding some Ores

FasterThanYours on Feed The Beast – S01E05 – Getting the goods

FasterThanYours on Feed The Beast – S01E05 – Getting the goods
1. Enigma41 Tells me her old house is ripe for the picking, so…
2. I talk about barrels
After making this video I was informed that the house did indeed belong to Minigunmike, so I’ll probably be putting it all back lol My bad! 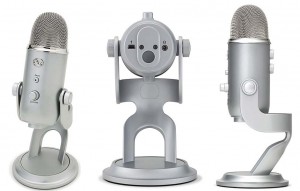 I had to get rid of my Corsair Vengeance 1500. There’s an issue with the drivers that causes a Humming/White Noise sound. I did ton of research about the Corsair Vengeance 1500 and I don’t know how I missed this issue. There’s several well written threads on the Corsair Forum about numerous individuals having the same issues for well over a year. In my opinion, Corsair should have at least made a stab at trying to fix the software/driver issues. 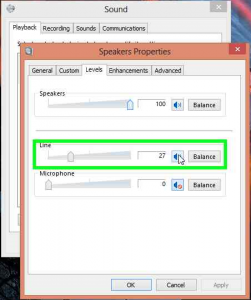 Seriously, it’s almost like the speakers them selves were being treated like an Audio Source in addition to the actual Microphone on the headset. I did read that some people RMA’d their Corsair Vengeance 1500 and got a replacement Corsair Vengeance 1300. I had considered getting a Corsair Vengeance 2000 initially, but decided against the wireless Connection due to some general issues around audio quality on wireless vs wired devices. I have no experience with the Corsair Vengeance 2000, but it was almost the same price point as the Blue Yeti, so…

Hopefully this Yeti will clear up that issue. As far as the 7.1 Surround sound feature on the Corsair Vengeance 1500…OMG I was playing Minecraft last night while testing the drivers and I could literally hear the Creepers hoping down from 10 blocks away. And the directional sensitivity of Skeleton and Zombie sounds was unreal! It wasn’t like, “Oh there’s a noise to my left or right. It was like there’s a Zombie 6 blocks away through that wall.” I almost would have preferred to keep the Corsair, but it just be overpriced headphones at that point. I already own a pair those LOL

The Yeti comes in with such a high regard for quality, but then again the Corsair Vengeance 1500 did too.

Hopefully you guys will notice the difference in quality, or I’ll be getting a refund.

FasterThanYours on Feed The Beast – S01E04 – Escape the Twilight and Working on the Base
1. Just running about in the Twilight trying to get back to the portal.
2. Then I do a little bit of terraforming at my base.